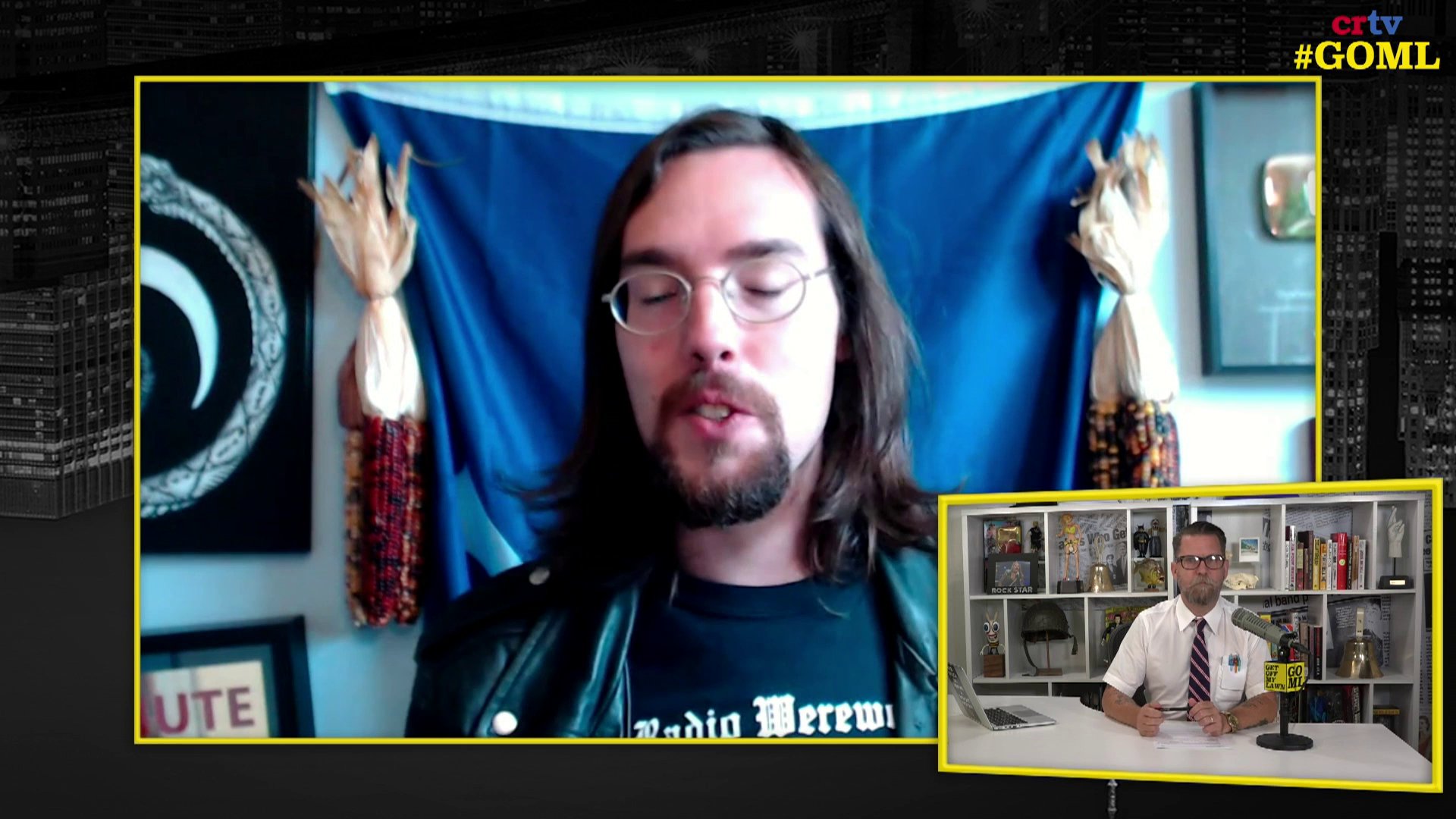 After coming to terms with the news that Ernie &amp; Bert are gay, we take a look at other strange trends involving the sexualization of children like ex-con Michael Alig doing a show with a seemingly drugged, 10-year-old tranny “Desmond is Amazing.”Then, we cleanse the mental pallet by&nbsp;bringing on&nbsp;Styxhexenhammer666&nbsp;to ridicule a new study by a queer-run think tank called Data &amp; Society that claims white supremacists use social media to collude (the implication being they need to be deplatformed). The studies author Becca Lewis’ definition of white supremacist includes black people such as&nbsp;That Guy T, Some Black Guy, and Candace Owens, as well as Ben Shapiro, Joe Rogan, Jordan Peterson, Dave Rubin, Dennis Prager, James Damore, and CRTV’s own Steven Crowder, Roaming Millennial, and Gavin McInnes. Ugh.&nbsp; Finally, James O’Keefe comes by to discuss the two neutron bombs he just dropped on the deep state. In what might be his biggest scoop yet, we learn the State Department is proudly supporting #TheResistence and illegally leaking major stories to the press in an effort to take down their own president. Does anyone out there still like America?

Gavin goes to a turkey farm and realizes how little he knew about farming.

Ep 196 | Otoya Yamaguchi Speech | Get Off My Lawn
Free

Here is the speech that apparently started riots in the streets and had the #FakeNews screaming about hate groups. It's basically a 40-minute comedy s...

Watch Laura Loomer go off on the techno-fascists, media elites, and keyboard commissars trying to muzzle her voice and ruin her career.

This episode has nothing to do with New York and begins with Gavin berating his sidekick for playing video games in the studio. Apparently, Ryan Katsu...

After examining why hot girls are so hot, we ask if calling someone a Nazi is as offensive as using a racial epithet. Then Gavin explains why merging...

We sit down with Anthony Cumia who is in Los Angeles doing publicity for his new book “Permanently Suspended: The Rise and Fall… and Rise Again of Rad...

Trent Cromartie is in DC to support Betsy DeVos’ initiative to revamp Title IX and make it harder to ruin a student’s life over false sexual assault a...

Math teachers are building bombs and that kid who got killed by the untouched tribe of North Sentinal Island was actually just trying to get the rares...

Opening up with the odd transformation of the Beastie Boys' values. The left gets their money shot with the migrant mother and children photo. Kids be...

Conservative evangelist Alfonzo Rachel pulls up a seat the bar to discuss guns, abortion, and his coming to God moment.

Gavin sits down with Chadwick Moore to talk about everything from the logical inconsistencies of the left, to Gavin's explaination of how he's straigh...

We sit down with Latinos for Trump NY state rep Fabiana Baldo and talk about the extreme hate directed towards her for daring to support the president...

We start the show with a Halloween recap of all the kids Gavin and Ryan scared the crap out of at his house. Turns out, just wearing a scary costume i...

This page will refresh once we are done.

This page will refresh. If you didn't complete your purchase, you'll need to try again.

This email is for general inquiries. It is not checked as often as support or other accounts. If you have a pressing issue, it is better to email support.

I understand but still want to send a general inquiry email.

Yes! Mobile apps are available here in both app stores.. We also have a Roku channel. Working on Android and Apple TV.

You can cancel by visiting the Settings link in the top menu.

Subscriptions are billed on the same day you signed up (or year if you are on an annual plan). You can cancel at any time by logging in, going into your account settings and hitting cancel. You will still be able to watch content until the end of your billing period, at which point your subscription will be cancelled and you will not be charged again.

You may resume your subscriptions at any time by visiting your account settings.